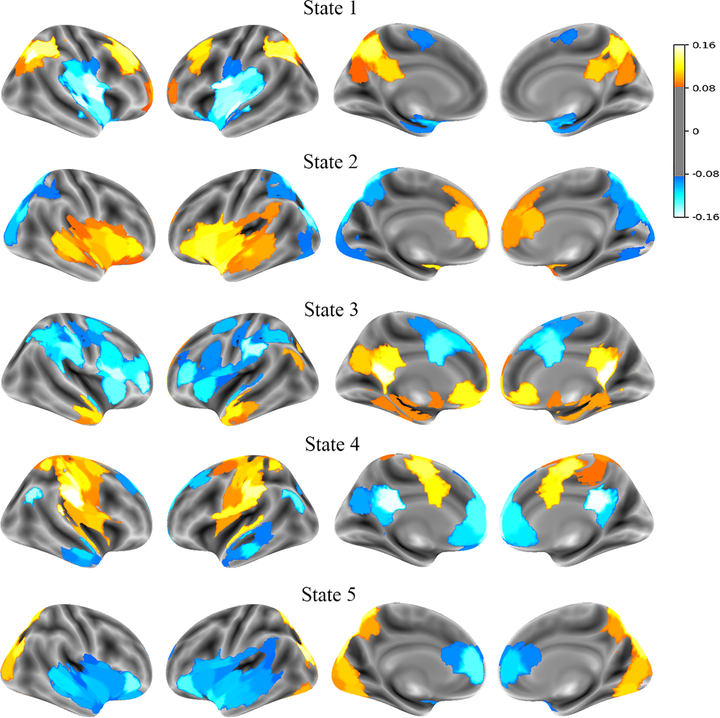 Neuroimaging studies of subjects with ADHD typically show altered functional connectivity in prefrontal, striatal, and several temporal brain regions. While the majority of studies have focused on connectivity that is averaged over time, we investigated the temporal dynamics of brain network changes in resting-state fMRI. Using the ADHD-200 consortium, we characterized the time course of latent state changes using Hidden Markov Modeling, and compared state changes between boys and girls with ADHD along with typically developing controls. Sex differences were found in latent state switching, with boys dwelling longer in a given state than girls, and concurrently having fewer overall state transitions. These sex differences were found in children with ADHD and in typically developing controls. Children with ADHD were also found to be more variable in terms of state transitions than controls. These findings add to the growing literature on neural sex differences and may be related to the sex difference in focal versus diffuse attention.